Pioneers of Broad-Based BEE are fighting for survival

Pioneers of Broad-Based BEE are fighting for survival

As South African business and society unite to deal with the economic devastation of the COVID-19 pandemic, the focus – correctly — is increasingly on the need for new investment to trigger growth.

It is, without doubt, time for all hands on deck, and logic suggests that patriotic black-owned South African companies should be at the front of the queue when it comes to driving domestic investment and stimulating economic revitalization.

The moral imperative is clear. As President Cyril Ramaphosa recently put it: “We need to ensure that black South Africans be given their rightful position of playing an important role in the economy of their country. This is something that has to be done without fail.”

However, some of the country’s pre-eminent broad-based ownership schemes — the pioneers of broad-based BEE — today find themselves having to be more focused on a battle for their own survival than on the war to save the country’s economy.

The BBBEE status of these trusts – the Kagiso Charitable Trust, the Mineworkers Investment Trust, HCI, the WDB Trust, Ditikeni Trust and Wiphold Trusts, amongst many others – has been put in doubt over the past 18 months because of a difference of opinion with the BBBEE Commission over their BBBEE status, and in particular the recognition of our broad-based ownership schemes (BBOS).

A lot is at stake here: all of the above mentioned trusts have impacted a wide range of beneficiaries, and distributed over R1.9-billion to qualifying black beneficiaries.

But, as we recently explained in one of many letters to Trade, Industry & Competition Minister Ebrahim Patel: “The current lack of policy uncertainty is placing in jeopardy the investments held by the trusts and their continued ability to reduce poverty, improve skills and create black entrepreneurs.”

So what’s the issue?

We believe the trusts are fully compliant in terms of current BBBE legislation, and in terms of Statement 100 of the amended codes of good practice. This applies particularly to the status of our BBOS, which have been through rigorous scrutiny and verification.

But the BBBEE Commission has a different view with regard to this  and, as a result, has initiated investigations into the structure of a number of our businesses and  underlying investee companies.  This creates financial and reputational risk for us all.

We do not agree with the BBBEE Commission’s interpretation and believe a clear policy directive is urgently needed from government to clarify the situation.

The consequences for the trusts, and their beneficiaries, are profound. When there is doubt about the legitimacy of black-owned businesses, there is uncertainty. Growth and expansion initiatives valued at millions of Rands – which would not only stimulate black ownership of the economy, but also its overall recovery – have had to be put on ice. Transactions which would stimulate the growth of these trusts and the economy as a whole are stalled because of the uncertainty and the scent of “investigations”.

The situation has not arisen without a lack of trying. We have made repeated calls on DTIC to clarify the situation. And the solution – which has been outlined to government in a series of meetings and emails over the past 24 months – is relatively simple and painless, to be honest,:

We must be clear: we are not asking for special treatment. We are fundamentally aligned to government’s attempts to uproot abusive market behaviour, in particular when it comes to “fronting”. But we do not believe that the current investigations into BBOS is the correct mechanism, and nor is the current approach enabling for genuinely broad-based black businesses.

Here it is worth quoting President Ramaphosa again: “Our economy is damaged because it is not utilising all of its resources,” he said in an address to Parliament in June. He added: “The Constitution says that in order for us to obtain equality we have got to have legislative measures that will enable us to do precisely that. So BEE is here to stay.”

We share the President’s view that BEE is here to stay – and what’s more, that it should be broad-based in every sense of the word. And we know that the hundreds of thousands of trust beneficiaries of our economic activity feel the same way.

But it would be a tragedy – and a terrible indictment on the BBBEE Commission – if six (or maybe more) of the pre-eminent black-owned businesses, which pioneered broad-based BEE long before it was fashionable or even legislated, were to lose their economic muscle and their impact on beneficiaries because of an ill-considered approach to their accreditation. 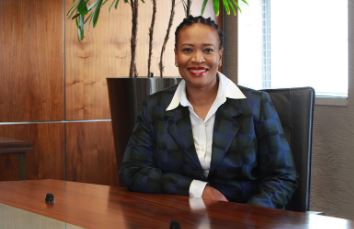