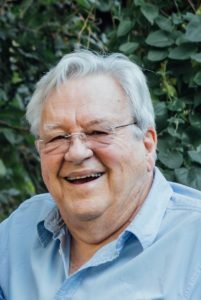 Rod Bulman is a member of the Board of Directors of Ditikeni. He serves as a Trustee and also as a member of the Executive Committee and the Audit Committee. We sat down with him for an interview, and asked him:

How long have you been involved with Ditikeni?

I have been involved with Ditikeni since its inception and was part of the initial discussions that led to its establishment.

What is the role that NPOs and NGOs play in South Africa, and how does Ditikeni support this work?

Generally speaking the organisations that make up the non-profit sector are formed in response to a locally felt need which is not being adequately addressed by the formal sector.  So, for example, issues around inequality of access to health care, social grants, housing, land, education, and a healthy environment, which are keenly felt within a community lead to citizens banding together to “do something about it.”  A local group is formed, raises money and then tries to address the problem at a local level.

These needs are felt so keenly because they are often neglected entirely, or only poorly and sporadically, addressed by the state.  Without the intervention of the non-profit sector the community is worse off than it need be.  An ironic corollary is that having an NGO or NPO taking care of the issue saves the state money and so it seems that it sometimes deliberately allows the non-profit sector to provide the services.

I also think that sometimes the work done by a non-profit organisation rather shows up the inadequacy of the state’s response, which can cause antagonism and discourages cooperation between them.  Despite these obstacles non-profits play a critical role in our society, not just ameliorating intolerable conditions, but also drawing attention to the disparities and injustices we see around us.

Ditikeni’s work is first and foremost to provide a vehicle for the long-term growth of its members’ capital reserves.  The non-profit sector in South Africa is significantly reliant on foreign grant funding, which makes the organisations in the sector very vulnerable to fluctuations in the political climate in the donor countries.

The investment that the members have made in Ditikeni is invested with a view to yielding an annual income in the form of dividends and, more importantly, growth in the value of their stake in Ditikeni.  Ditikeni does not provide quick short-term profits, for that the services of a broker or financial advisor would be needed.  What Ditikeni does provide is a steady accumulation of value which members can use as part of a sustainability reserve.

What is your wish for the brave men and women who work in the NGO sector?

I wish that the work done by people working in the non-profit sector, providing otherwise neglected services, would be recognised, acknowledged and above all supported.  I wish that they were taken seriously.  When you are taken seriously you are listened to, debated with, supported financially and physically, you are offered resources and encouragement.  It often seems that for many in the non-profit sector the opposite is true, with organisations and their members harassed, demeaned and resources diverted to more glamorous ends.

I wish for a robust and articulate non-profit sector, which is championed by a well-developed culture of philanthropy and facilitated by an enabling government policy environment.

Where can people find out more about your organisation and its work?

I am an independent Director of Ditikeni, originally nominated by the Trust for Community Outreach Education (https://www.facebook.com/tcoe.community/), of which I was a founding member.  I am currently a member of the Board of one of the Ditikeni shareholders, Church Land Programme.  Their work is showcased on their website, http://www.churchland.org.za/

Anything else you want to add?

I have spent many years practising as a public participation specialist and have seen first-hand how projects and programmes that are undertaken by government or the private sector are enhanced when the non-profit sector is meaningfully engaged as equal, not junior, partners.

Public participation does not mean just holding a few briefing meetings.  At its best it includes learning by, and from, all sectors, the state, business and the public.  The public are often organised and represented by non-profit organisations who can undertake the research and speak with the authority of those who experience the problem or issue.

Unfortunately, it seems that government only engages with society and the non-profit sector after a prolonged stand-off, often including harsh action against the non-profit organisations.  A good example is the ‘battle’ between government and non-profits over recognising HIV and AIDS and providing access to anti-retroviral medication.

Government policy can be significantly enhanced and strengthened if its stated commitment to public participation was more honestly undertaken.  Rather than just a tick box approach, I would like to see government listening to, and taking seriously, the experiences and advice of those with “on the ground experience” of an issue and letting them influence the policy making and implementation process.  That would also include allowing the non-profits to be watch-dogs over the application of the policy.

For example there are many gaps and lapses in the implementation of the gazetted National Environmental Management: Air Quality Act: Vaal Triangle Air-Shed Priority Area Air Quality Management Plan to which several non-profits have drawn attention.  Government ignores these at its peril.  In place of ignoring, debunking and harassing those who draw attention to these shortfalls the government could harness the work done by these activists and utilise this as a resource to improve their governance record, and the quality of life of many citizens.

South Africa needs all the help it can get; so we must strengthen and mobilise the non-profit sector.

Thank you for your time.