“We have lost a stalwart supporter of Ditikeni and a deeply patriotic and principled democrat. I will miss his wisdom and warm comradeship.” Rod Bulman, Ditikeni Director. 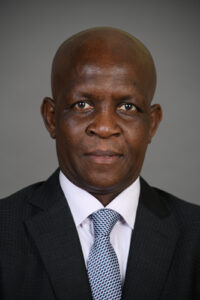 On behalf of the Ditikeni Shareholder NPOs and Board of Directors, we bid farewell to Duma Moses Nkosi. Duma joined the Ditikeni board in 2005 as an independent director. He brought his wisdom and rich political experience to the Ditikeni board, hard earned through a lifelong contribution to the shaping of democracy and economic development in South Africa.

Starting as a trade union shop steward at Makro Stores, Duma became the President of the South African Commercial and Catering Worker’s union in 1989. He was the Chairman of the ANC in Thokoza in the early 1990s, leading the ANC through the difficult years of bloody violence in the East Rand. He served as a Member of Parliament from 1994 to 2001 and again from 2019 until his passing.

Duma’s strongest characteristic was his calm and inclusive leadership, whether as Mayor of Ekurhuleni Metropolitan Municipality; as Chairperson of South African Local Government Association (Gauteng Chapter) and of the Electricity Distribution Industry Holdings Company (EDI); as a senior official in the Economic Development Department, and, most recently, as the Chairperson of the Trade and Industry Portfolio Committee of the National Assembly.

We are left much poorer without his steadfast presence, his clarity of opinion, his dignity and warmth.
We are deeply saddened by his passing, and extend our sincere condolences to his wife Florah and his children, Gabisile and Ayanda as well as the Nkosi family.